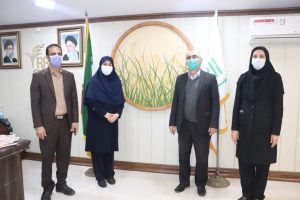 Kian is expected to attain a high grain yield under the favorable condition and with proper management for the paddy fields at drought climatic condition across the country.

Dr. Hossieni also pointed out that this drought-tolerant rice variety is a short duration variety (averagely, 105-110 days), with an average yield of 5.5 to 6 tons per hectare, semi-dwarf (20 cm shorter than local rice varieties), and has the same cooking and eating grain quality compared to common local rice varieties.

She also added that the most important advantage of Kian compared to common local cultivars is its reasonable grain yield under drought stress and irrigation water deficiency by about 4 tons per hectare with acceptable cooking and eating quality. Therefore, it can enhance the sustainability of rice production and farmer income. 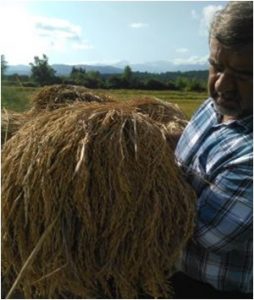 Kian is a high resistant to diseases with lower waste in the harvesting stage, a higher percentage of grain fertility, and filled grain in comparison to locally cultivated rice varieties, according to Dr. Hossieni.

She stated that Kian showed proper sustainability for dry bed direct seeding cultivation system through genotypes screening program in Golestan and Khuzestan provinces, and thus it can introduce to the central and southern rice-growing area of the country.