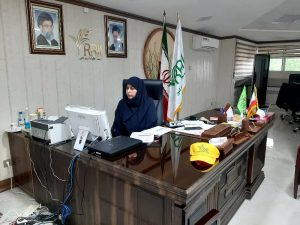 Dr. Maryam Hossieni Chaleshtori, Director-General of Rice Research Institute of Iran (RRII), and Dr. Shahram Mahmoud Soltani, Head of Scientific Relations and International Affairs of RRII attended the first meeting of Centre of Excellence for Asia Group I as observers.

According to the  Islamic Organization for Food Security (IOFS) news website, the first meeting of the Centre of Excellence for Asia Group I based in Bangladesh Rice Institute (BRRI) was conducted online on June 23, 2021. The representatives of the Asia Group I – the scientific research centers of Bangladesh, Indonesia, Malaysia, Suriname, and Guyana participated in the event. Iran, United Arab Emirates, and Kazakhstan took part as observers. 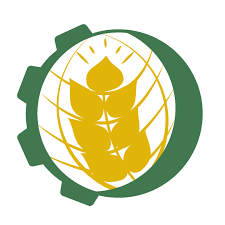 Rice is one of the most important staple food crops consumed by about half of the world’s population. According to the UN data, the global rice demand is expected to rise by up to 25% between 2010 and 2030 and reach 550 million tonnes per annum. Most of the increase, around two-thirds, would account for Asia. Therefore, the Islamic Organization for Food Security has a keen interest in developing this sector, particularly, in the OIC region.

The meeting covered a wide range of topics, from the genetic improvement of rice to sustainable farming and cutting-edge technologies. Raising these issues in a timely manner is important, as the growth of rice production has been slow and unable to catch up with rapid population growth. The looming climate change is another major threat that may result in lower yields and higher prices.

However, the latest research and discoveries may allow greater precision in rice breeding and accelerate the development of new more resistant, and sustainable varieties. Such programs as the Centre of Excellence for Rice may provide a premier interdisciplinary platform for researchers and practitioners to present and discuss the most recent innovations, trends, and concerns as well as challenges encountered and solutions adopted in the fields.

In his welcoming speech, the Director-General of IOFS H.E. Yerlan Baidaulet expressed hope that the meeting would have a beneficial impact not only in the selected countries but also regionally. The Director-General of BRRI, H.E. Dr. Md. Shahjahan Kabir noted that rice is an essential component of food security. Indeed, rice makes up a large share of the GDP of many OIC countries, and 90% of its production accounts for Asia. 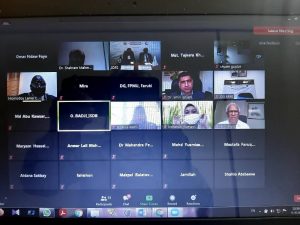 The event was made up of two sessions, the first one covering the current challenges and technological innovations at the country level. The list of participants included H.E. M.P. Zulficar Mustapha, Minister of Agriculture of the Cooperative Republic of Guyana, Dr. Mahendra Persaud from Rice Development Board of Guyana, Ir. Arthur Zalmijn, Senior specialist in rice cultivation and Advisor at the Ministry of Agriculture of Suriname, Dr. Ir. Fadjry Djufry, M.Si, Director General of the Indonesian Agency of Agriculture Research and Development, Dr. K. M. Iftekharuddaula from the CSO and Head Plant Breeding Division of Bangladesh Rice Research Institute (BRRI). 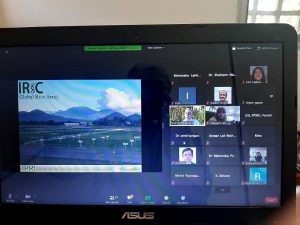 The international agencies and guests spoke at the second session, addressing “Local Action for Regional Solution.” They included a representative from the Senegalese Institute of Agricultural Research, Dr.Omar Ndaw; Dr. Momodou Ceesay from the Islamic Development Bank; Dr. R. K. Singh, Program Leader and Principal Scientist at ICBA; Ms. Makiko Taguchi, Agricultural Officer Plant Production and Protection Division at UN FAO, and Mr. Rod A. Wing, Professor, Plant Science Director KAUST; and Ms. Amal Alahmadi, Head of Agricultural Research Section at Ministry of Climate Change and Environment of UAE. It must be noted that Ms. Taguchi emphasized cooperation with IOFS, as the two organizations plan to the Memorandum of Understanding to help member countries achieve SDGs.

The IOFS proposed to its member states a 5-year Action Plan for Rice Development that creates regional networks for the exchange of technology and marketing instruments in the rice sector to increase production and stabilize market supply through improved research and trading mechanisms.