The statement of Director General 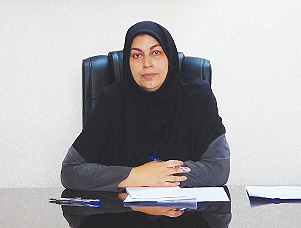 RICE is life, for most people living in Asia. Considering its important position, the United Nations designated year 2004, as “The International Year of the Rice”. Next to wheat, rice is the most important agricultural crop in Iran. Rice has shaped the cultures, dietary habits and economies of around five millions of Iranian farmers and their families. Rice has great influence on food security programs of the government of Islamic Republic of Iran, and Rice Research Institute of Iran (RRII) has proposed a number of new technologies to improve food security plans through breeding and crop improvement programs.
Currently, thanks to the investment of human and non-human resources, RRII along with its five research stations, has been recognized as a pioneer in introducing new, effective and localized agricultural technologies in the country and Central and West Asia (CWA) rice regions. For instance, releasing more than 50 rice varieties based on the current needs, future plans and climate – change programs (abiotic stresses) under breeding research sub-categories, considering Iranian consumer interests.
Creating, developing and using new scientific findings of crop improvement research programs (including soil and water, plant protection, mechanization and post-harvest) have provided huge economic benefits for farmers and rice sector industries, such as reducing the production costs, and increasing quality and quantity of head rice.
Improvement in rice production, productivity and sustainability will depend on farmers, willingness and access to newly released technologies. As a part of national priorities and developmental strategies where greater emphasis is placed on shortening technologies transfer time and analyzing its feedback, and face to face contact to solve farmers’ problems, the researchers of RRII stay in front of new extension system program.
It can be anticipated that with continuing its current research activities, RRII will be able to further raise its scientific profile both nationally and regionally using smart technologies in rice cultivation, GIS techniques for mapping paddy fields, covered seed and primed seed technologies, improvement of rice milling machinery to reduce post-harvest losses and wastes, and branding Iranian rice to enter international markets.