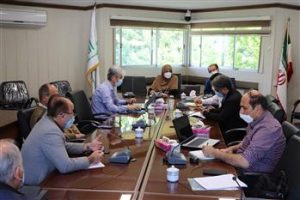 Rice (Oryza Sativa L.) is a strategic and leading staple food crop for more than 50% of the world’s population, providing 15% of protein and 21% of dietary energy per capita particularly in rice-growing areas, where 90% of the rice is produced and consumed. According to rice market statistics of FAO 2018, a sustained increase in production per unit of area required to harvest 760 MT paddy rice in 2025 to feed the ever-growing population. 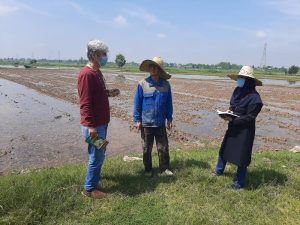 Over the five past decades, the genetic and agricultural research achievements (high-yielding varieties, more pure fertilizers, and new fascinating irrigation methods) played a vital role in increasing the rice grain yield by more than 300%. But still, a wide gap in rice grain yield exists between farmers’ paddy fields and increasing demand that is driven by the high population growth rate. To produce sustainable and economic rice yield besides high-yielding cultivars, adequate irrigation water, and balanced macronutrient applications, micronutrient management is the new and crucial solution that can bridge this rice grain yield gap.

As the official told of IRNA news agency, 2020,  the Iranian farmers produced 2.6 million tons of rice during the current Iranian calendar year (started on March 20), and I.R. Iran is ranked as the 28th rice production country in the world in terms of total grain production and cultivation area (Based on the FAO statistics, 2020), according to Director-General of the Agriculture Ministry’s Grains and Essential Goods Department, Faramak Aziz-Karimi said. 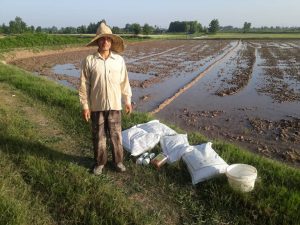 He also said: Food and Agriculture Organization of the United Nations (FAO) Annual reports indicated that about 510 million tons of white rice in 167 acreage Millions of hectares are produced. According to these statistics, approximately 90% of the world’s rice is produced and consumed in Asia.

Director-General of the Agriculture Ministry’s Grains and Essential Goods Department, Faramak Aziz-Karimi said: China, India, Indonesia, Bangladesh, and Vietnam are the largest producers of rice in the world. According to world trade statistics, India, Thailand, Vietnam, Pakistan, and the United States are the top five rice exporters in the world rice trade market.

Aziz Karimi stated: According to the available statistics, Iran produced 2.6 million tons of rice during the past Iranian calendar year of 1399.

He pointed out that the most rice-growing area at the country scale is: 32% Mazandaran province, 26% Guilan, 18% Khuzestan, 15% Golestan, and 8% to other provinces of the country. 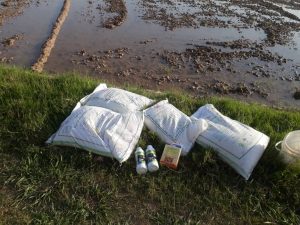 The Statistical Center of Iran estimates that Iranians consume approximately 35 kilograms of rice per person each year. That would mean a domestic demand of nearly three million tons for a country of 83 million people. Therefore, the country’s self-sufficiency for white rice is about 85%.

Aziz Karimi pointed out that due to problems in the foreign rice market, the price of Iranian rice has also fluctuated. 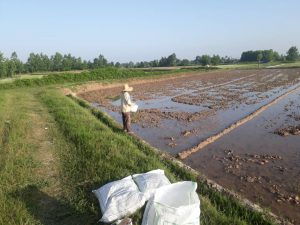 By initiating the rice price crisis in 2007-2008, the price of rice in the world market suddenly rose. This became a big problem for most of the developing countries, including Iran, because the marginalized households in these countries eat rice as their staple food. Before the crisis happened, the market was in good condition and there were no drastic changes in the consumption and production of rice. The ministry of Jahad-Agriculture plays an important role in creating and implementing policies to increase rice grain yield per hectare. One of the pioneer government programs for rice food sufficiency programs was the on-farm control of rice nutritional requirements on the pilot farms across the northern rice-growing area of the country. The academic members of the soil and water department of the rice research institute of Iran were the backbone of this program through pre-season soil sampling and analyzing macro and micronutrient recommendations and on-farm collaboration with selected farmers.