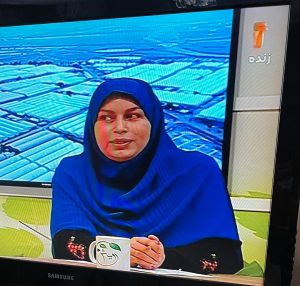 General of Rice Research Institute of Iran attended on Royesh (emerge) program of Education channel of Islamic Republic of Iran Broadcaster on Sunday, July 25, 2021. In answering to TV host about the rice sector challenges, introduced the RRII’s past, present, and future plans to increase rice production in the rice-growing area of the country.

In response to a question about the importance of rice in the food basket of the Iranian people, she said: Rice is the world’s second most important cereal crop. Next to wheat, rice is a staple food for Iranian people (particularly, rice-growing area of the North)  and plays a vital role in food security at the national level. So we look at this crop very strategically. To respond to the country call,  the RRII coordinates the development of a rice strategy for the region. This call was made in the backdrop of the food demand and increased attention being paid to the development of the rice sector by national governments and research agencies. We hope these effective steps cause less reliance on imported rice and produce higher self-sufficiency. Therefore, the main research objectives of the Rice Research Institute of Iran, and more broadly the Ministry of Jahad Agriculture focus on increasing the rice grain yield as well as enhancing the cooking and eating quality of rice by introducing new improved varieties. 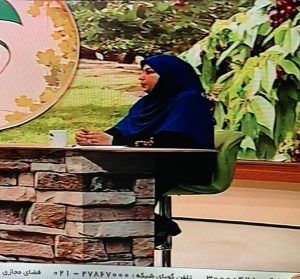 Breeding programs focus on introducing new varieties of rice that are tailored to the farmers’ needs and consumer tastes and preferences. To cope with this challenge we tried to provide new varieties to farmers more quickly. In this regard, during the last 3 years, 6 new rice cultivars have been introduced to the paddy community by the RRII. The new rice varietal introducing are classified into three groups: 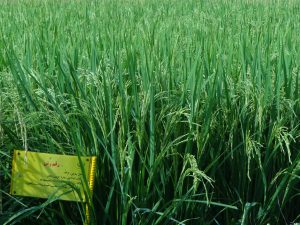 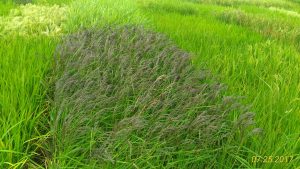 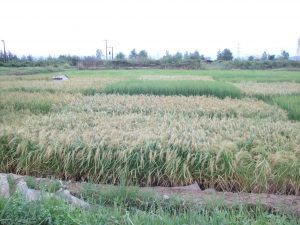 Dr. Hossieni, General of Rice Research Institute of Iran in response to research-extension relationships and research findings transfer to said that with the close relationship between the National Rice Research Institute and the Agricultural Education and Extension Department of Jahad-Agriculture Organization, efforts have been made to provide the latest research findings in the shortest time and with the best quality pass to the farmers.

The Rice Research Institute Iran has organized various training courses, and workshops (In-person and online), publishing extension booklet and bulletins, technical reports, posters, and infographic design, and also the formation of a group of specific researchers to monitoring rice paddy fields, research and extension projects, and on-farm and etc., play a vital role to increase rice grain yield. In this regard, we must use capabilities, opportunities, and abilities in all media.