The congratulation message of the Director-General of the Rice Research Institute of Iran, Dr. Hosseini

Last Update on 6 Feb at 8:57 PM
News, Uncategorized
No Comments

The congratulation message of the Director-General of the Rice Research Institute of Iran, Dr. Hosseini for the 43rd anniversary of the Fajr Decade

Forty-three years ago, in such unforgettable days, one of the most popular revolutions of the twentieth century won

and succeeded in supporting the role and presence of the people in the social and political arena under the leadership of Imam Khomeini, eliminating the authoritarian monarchy and dependent on foreigners and bring a system based on religious democracy to Iranian society.

The people and government of Iran have achieved many scientific, economic, and technological achievements in the field of agricultural self-sufficiency in the past four decades, despite the conspiracies and obstacles created by the enemies, including the imposed war, sanctions, economic terrorism, and maximum oppressive pressure, Industrial products, new and nanotechnology, peaceful nuclear energy. 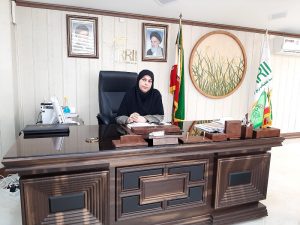 The Rice Research Institute of Iran (RRII) is proud to congratulate the 43rd anniversary of the glorious victory of the Islamic Revolution and the National Day of Iran to the honorable people of Iran and the lovers of the Islamic Republic of Iran in other countries. With honor, we hand in hand with the other Iranian scientist during this brilliant part of Iran’s history pay our responsibilities for better life of our people through introducing more than 56 rice varieties, new rice technologies from seed to seed, and the second crop technologies in the rice-based cropping system. We are proud of our country and revolution, and we go forward together hand in hand to conquer the highest scientific peaks.